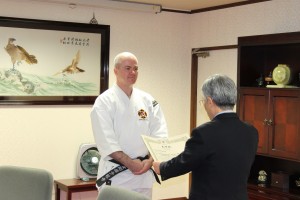 Our branch’s shibu-chō, Anders Pettersson-sensei is currently in Japan, and on Friday the 22nd of February he graded to rokudan (6 dan).

Anders is the first Swedish person obtain this high degree. The grading test was held at hombu (headquarters), that is located in Tadotsu in Japan, and the examiners were Onishi-sensei and Kawashima-sensei. Anders did the grading test together with his friend since many years John McCulloch, who is shibu-chō in Toronto, Canada. 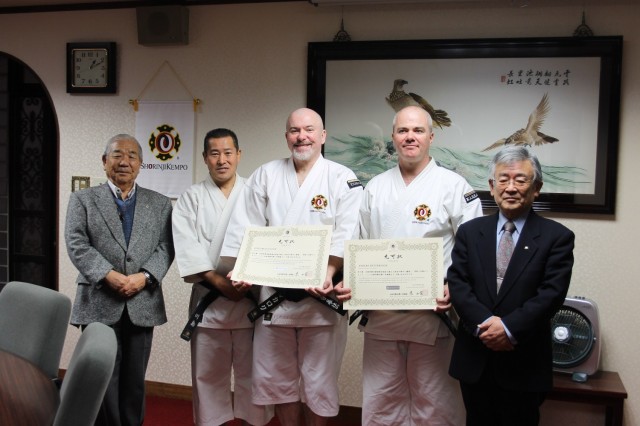 There is also a report about this on the WSKO home page.