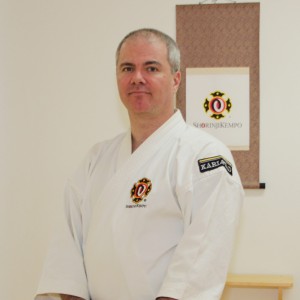 The branch’s Shibu-chō (chief instructor or branch master as it often is called in English) is Anders Pettersson, who has the rank of Junhanshi 6 Dan and also the Sōkai rank Shōdōshi.
He is also 1 kyū (1st class) kōshi-in (examiner) and shimpan-in (judge).

Anders began practising Shorinji Kempo in January 1984, but wasn’t registered in WSKO until in June 1985 and has kisei 435. He has been to Japan and practised so many times that he lost count (more than 12 times). Five of those times (-89, -93, -97, 2005 and 2013) has been for International Taikai and Kōshūkai, other times it has often been other types of Gasshuku / Kōshūkai at Hombu. Most of the trips to Japan have been around 3-5 weeks, and include visits to Hombu but much of the time have also been spent in Kyoto, where we in Sweden has had an long exchange with Rakutō-dōin. In 1992 Anders was in Japan for 3 months, he lived in Kyoto and practised mainly in Rakutō-dōin, but also a little in Tambabashi-dōin. Two weeks were spent at Hombu where he (and two other Swedes: Jonas and Niclas Johansson) trained with the Busen students. (Busen is an abbreviation of Nippon Shorinji Budo Senmon Gakko (Senmon = special, Gakko = school), the school is now called Zenrin Gakuen.) 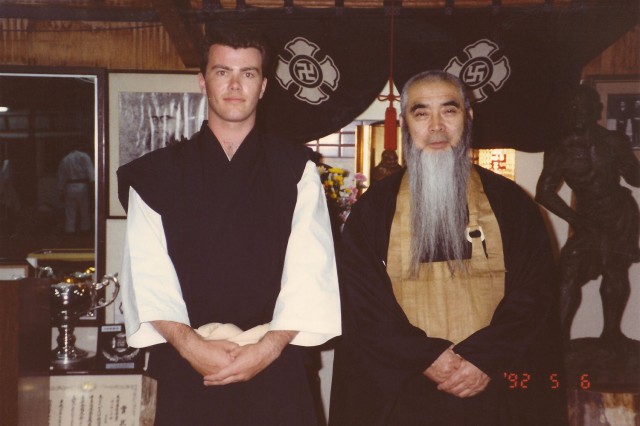 Since that time in Kyoto, Anders has regarded Morikawa Zeoh sensei as his primary teacher and he always stay at Morikawa-sensei’s house when he visits Japan.

In addition to Shorinji Kempo being a fun and varied workout one of the things Anders like best about Shorinji Kempo is that he have got so many friends all over the world, including Japan, Australia, England, Canada, and the United States. Some of the better friends outside of Sweden are John McCulloch, Shibu-chō in Toronto Canada, but originally from Scotland, Steve Williams, Shibu-chō in Harrow England, and Yoshi Karahashi, Shibu-chō in the Peninsula in California USA. But also many others and of course many of the members of Rakutō-doin in Kyoto. 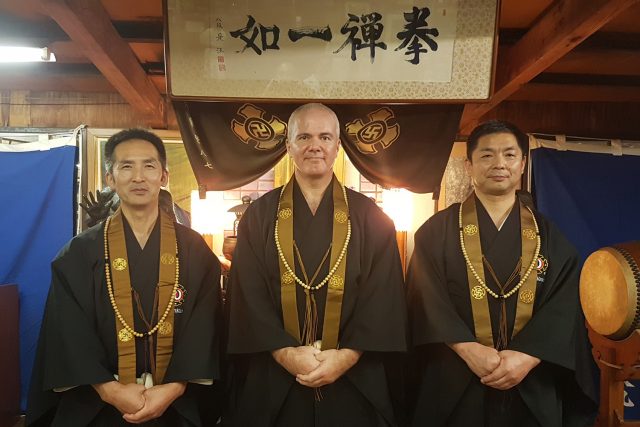 Anders has also had a lot of assignments for administration work related to Shorinji Kempo and has been the president of the Swedish Shorinji Kempo Federation since it was founded in 1993, he was also hyōgi-in (Council Member) in WSKO during the period of 2002-2006. He has also had several different assignments in the Swedish Budo & Martial Arts Federation over the years.