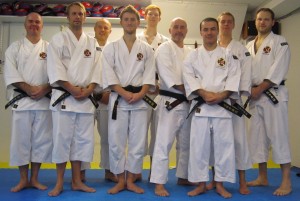 On the 8th of October the Swedish Federation arranged, for the fifth time, a training day for everyone who has sandan (3 dan) or higher. The Federation is sponsoring all from outside Stockholm with travel cost and there is no fee to participate. From Karlstad shibu our shibu-chō, Anders Pettersson, and Mansur Mirtorabi both participated.

The format of these seminars has been to share and exchange experience, give each other tips on different exercises, etc., but above all an opportunity to practice techniques for higher levels together with others on the same level.

The day began at 10 o’clock when all of us gathered and wrote down all requests for what each one wanted to do during the day and then it was decided together which of all things that came up that we should focus on. It becomes almost impossible to cover every request in one day.

We spent a lot of time going through all the techniques to 5th dan at this time we did it according to the new kamokuhyō that soon will be used, we went over things like the rakkan appō techniques that has been moved down from 6th dan to 5th dan. We reviewed and practiced on details, variants, on all these techniques. After a quick lunch, we continued with discussions on the development of training and our branches. Specifically, this resulted in a decision to start up a try a “Busen“-training in the Stockholm area. All Stockholm branches will take turns to host and the first opportunity will be in December. 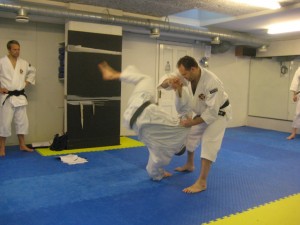 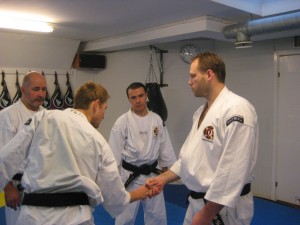 Then we continued with technical practice and rounded off the day with an hour of randori, both gōhō and juhō.