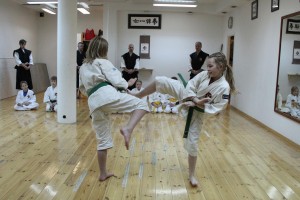 On Thursday, December 15th, we had the last practice session of the year and for the children’s group, we had arranged a small event including some demo and a short social activity with coffee, “julmust”, saffron buns and gingerbread (typical Swedish things for the season). Some members unfortunately were unable to attend but it was still quite a large attendance. Many of the children’s parents and siblings were also there to see what they practiced during the year. 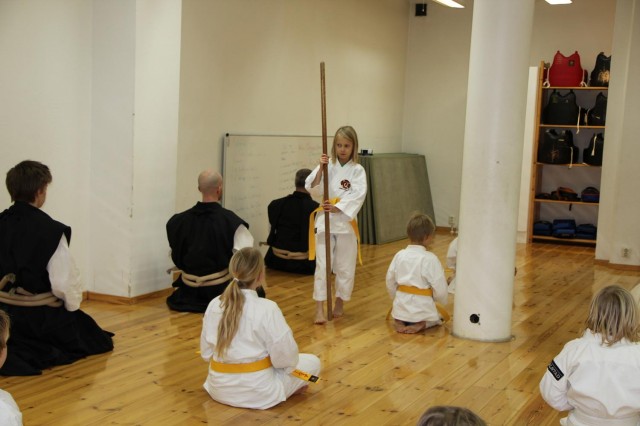 and then we showed a little of what we train on a regular practice session, we did some kihon and some hōkei in pairs. 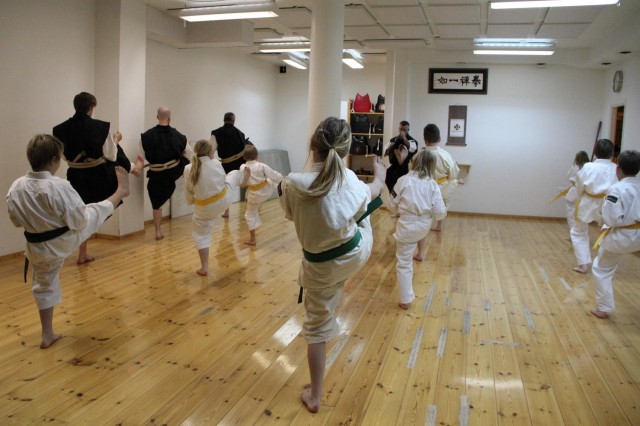 Then the whole group together showed the tandoku embu we have practiced. 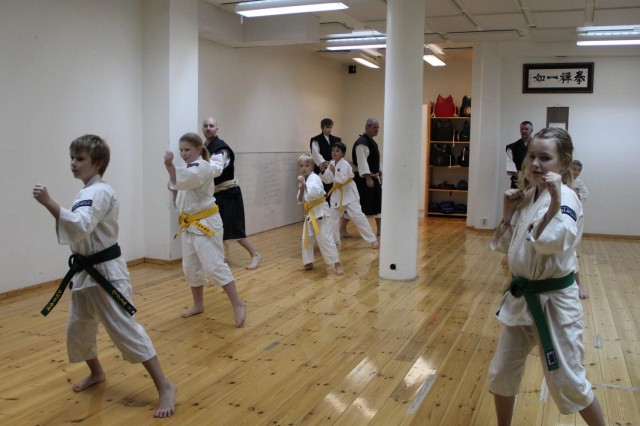 Group demo by the children

Rickard also dares to show the tandoku embu alone (almost, Erik had to do it next to him as a little support). 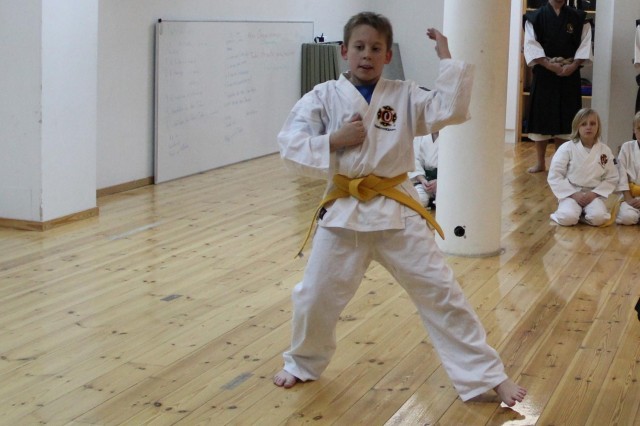 We also had a few that performed ordinary kumi embu (paired embu). Kevin’s partner unfortunately couldn’t attend so Erik had to jump in and do the embu with Kevin. 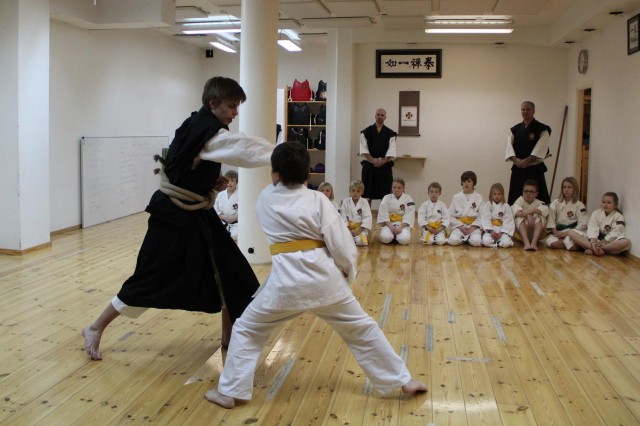 Kevin does embu together with Erik

Then we had Filippa and Tindra that showed their embu. 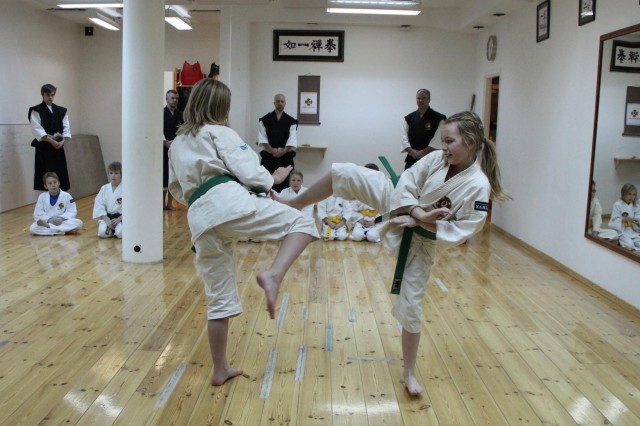 Filippa and Tindra show their embu

The group’s instructors also showed some. Pelle and Erik did an embu (the same embu as they competed with in the Swedish national taikai a month ago). 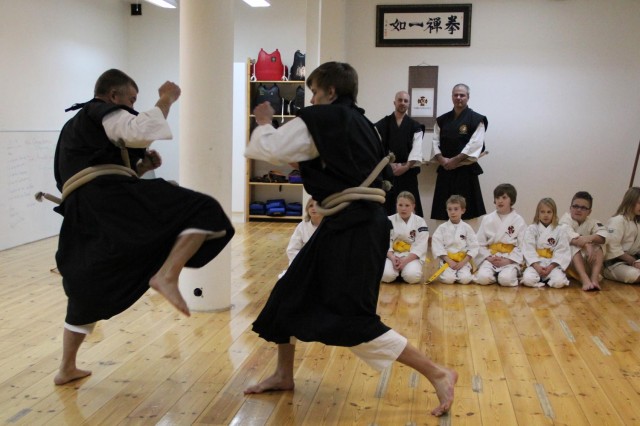 Pelle and Erik do embu 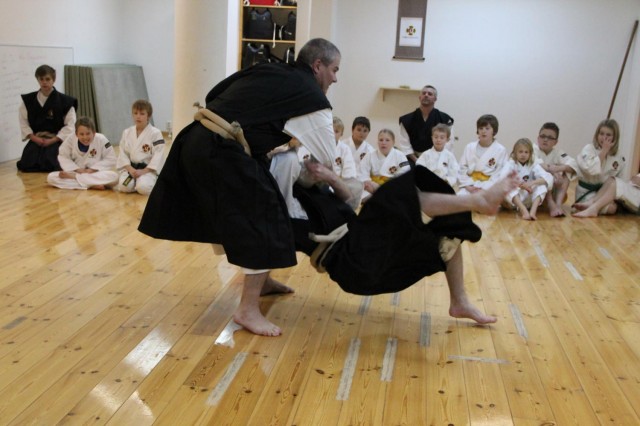 Then there was coffee, “julmust”, gingerbread cookies and saffron buns before we finished and took a group picture. 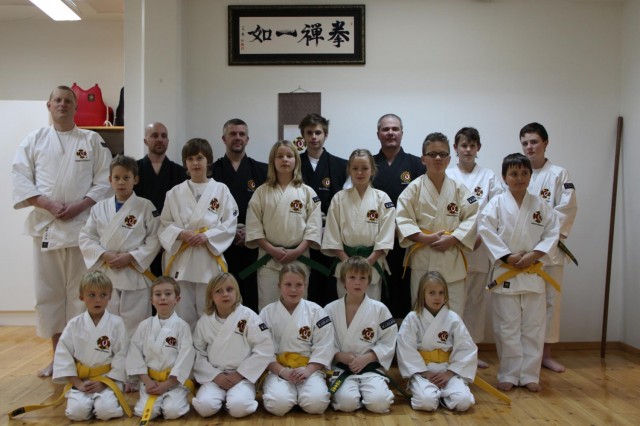 and finally, our most senior girls in the children’s group wanted to have a picture with all the instructors. 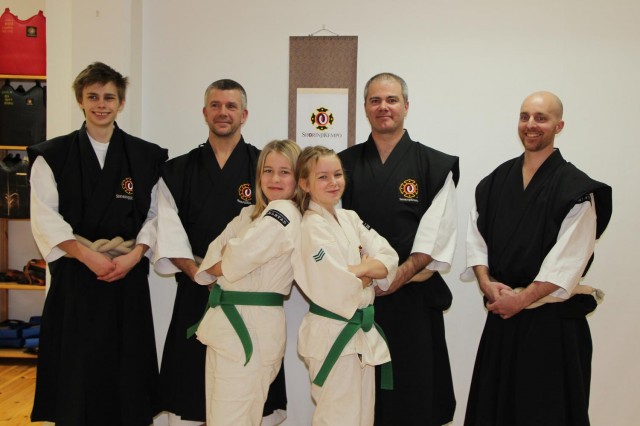 Filippa and Tindra with all the instructors