All participants from Karlstad shibu

On the 7th of November we had the National Taikai. This year we had many younger participants from Karlstad Shibu, which was really nice to see. For next year we hope that a few more adults and teenagers also can participate. In total from Karlstad Shibu we were 16 kenshi who entered the competitions and one serving as judges. 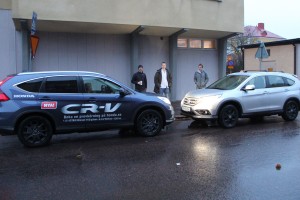 Before we started the trip, B&T bil (local car sales company) lended us one car including petrol.

The branch paid for the trip for all kenshi that wanted to travel together and we also got some sponsoring from B&T bil (local Honda dealer) that lended us one car including petrol, additionally Lindhés konditori (local bakery/café) provided us with some sandwiches and sweet bread for the stop for “fika” on the way to Stockholm. Many thanks to both B&T bil and Lindhés konditori.

The taikai was held in Stockholm and the organizer was Bromma shibu.

There was a couple of categories for kumi embu (pair embu), yudansha (black belts) and kyukenshi (below black) that has official recognition from the Swedish Sports Federation, then we also had category for oyako (parent-child) and a category for juniors (up to 12 years old).

In the class for kumi embu yudansha (pair embu, black belts) we had Perra & Richard that represented Karlstad. Unfortunately they made a small mistake that made them not reach all the way, they got a ytied 3rd place, only 1 point after the two pairs who got the tied first place. It was extremely hard and even in this category. 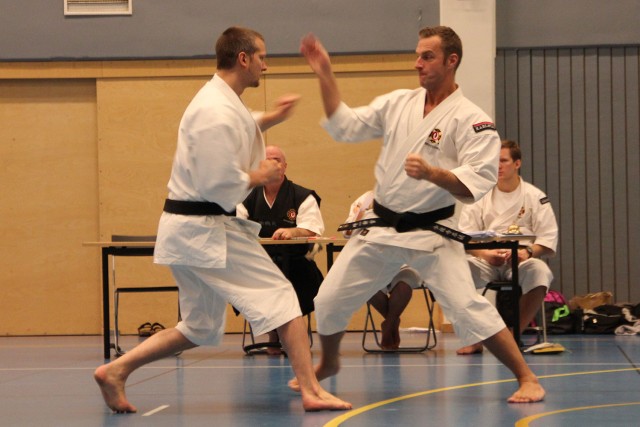 Richard and Per in full action during their embu.

In the catefgory kumi embu oyako (pair embu, parent-child), which was th first time we had included as a competition category, we had as much as four pairs from Karlstad, Neo with his father Niklas, Musashi with his father Richard, Vide with his father Perra and Marcus with his stepfather Christer. 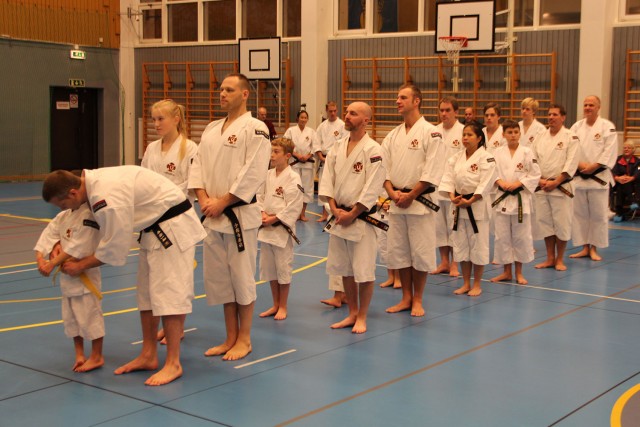 All the pairs in the oyako category (parent-child) lined up before the competition start.

In this category Neo & Niklas got the gold medal and the bronze went to Musashi & Richard. 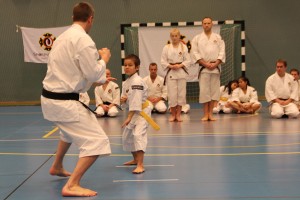 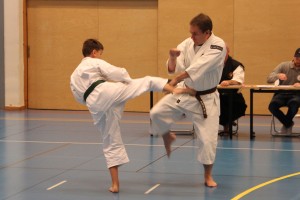 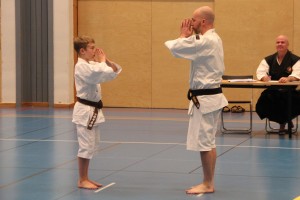 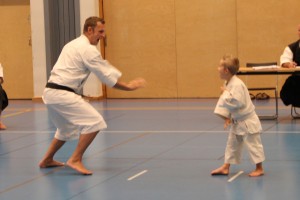 In the kumi embu (pair embu) category for juniors (up to 12 years old) we also had four pairs; Neo & Filip, Tuva-Lill & Stina, Tilda & Anna-Lovisa, Alvin & Marcus. Karlstad did pretty well and Neo & Filip won and Stina & Tuva-Lill got third place. The other pairs from Karlstad also did very well. 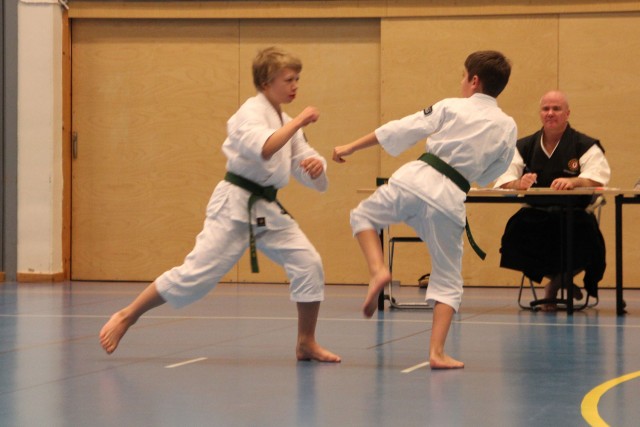 Alvin and Martin in full action during their embu. 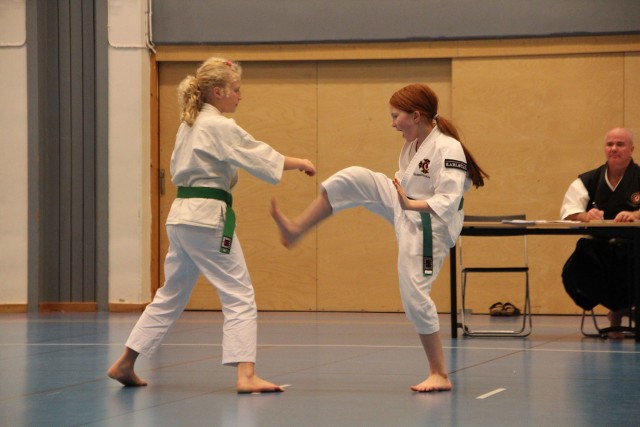 Anna-Lovisa and Tilda showing their embu. 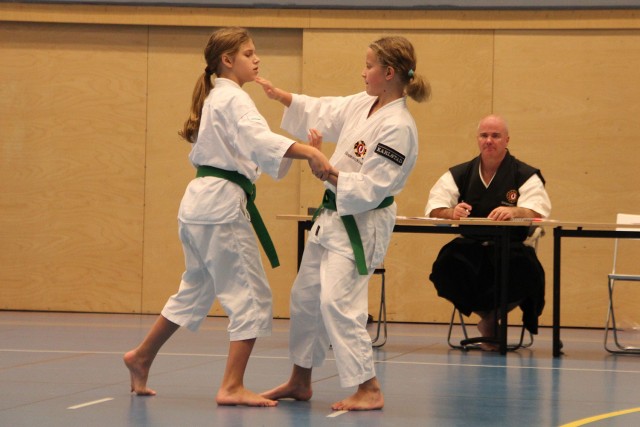 Stina and Tuva-Lill perform the technique yori nuki during their embu. 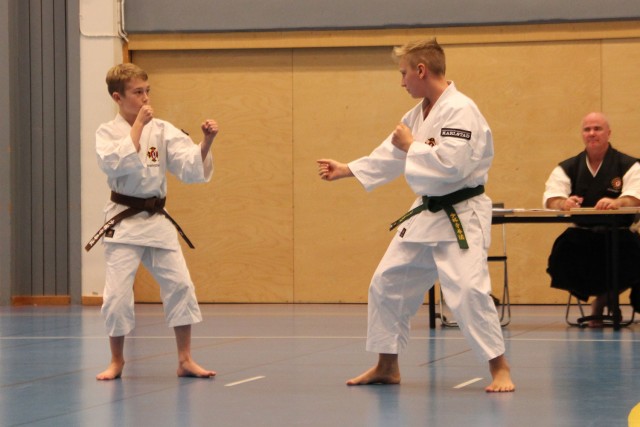 Neo and Filip won the category for juniors with their embu.

In tandoku embu (single form) for kyukenshi our own Rickard Andersson got the gold and Christer Enfors got silver. Good work! 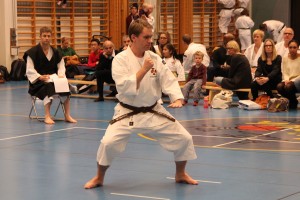 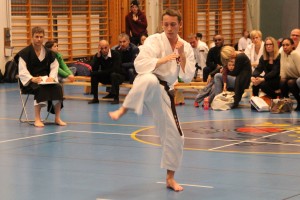 In tandoku embu for juniors (up to 12 years old) we also had many participants from Karlstad; Neo, Filip, Tuva-Lill, Anna-Lovisa, Stina, Tilda, Amanda, Marcus. Neo got 1st place and the 2nd place was a tie between Filip and Marcus.

Click on the photos to see them in full size: 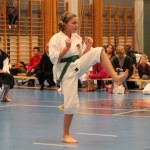 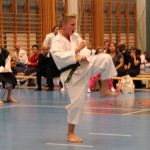 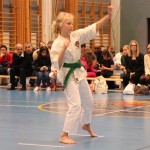 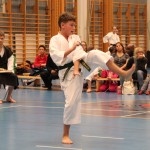 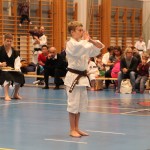 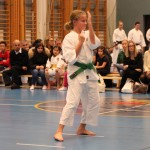 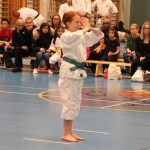 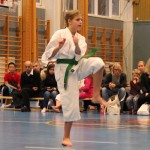 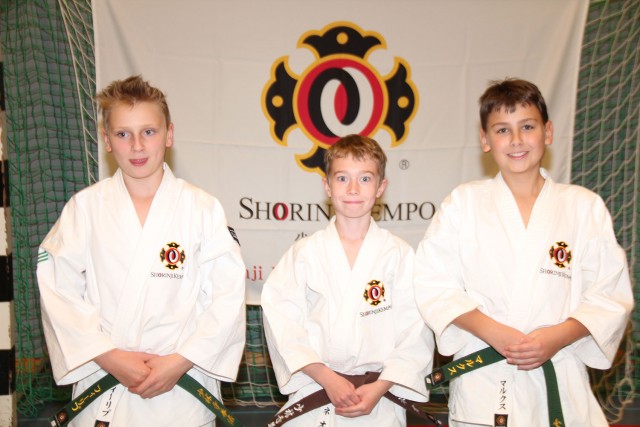 In tandoku embu (single form) for the juniors Neo got 1st place and Filip and Marcus shared the 2nd place. 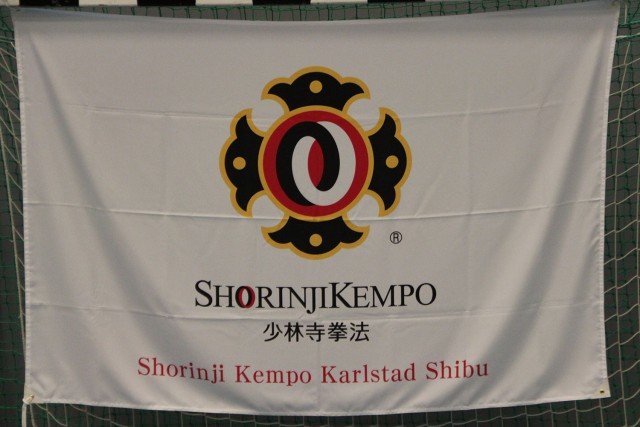 We of course had our own branch flag with us!