On Sunday June 2nd, we had our annual end-of-season barbeque at Skutberget, Karlstad. Johan guided us through playing Catch the flag and brännboll (simplified baseball), and Anders-sensei was in charge of the grill.

On Thursday the 14th of April we had a grading for Emmie and Douglas. They performed very well and passed their test for 7 kyū. 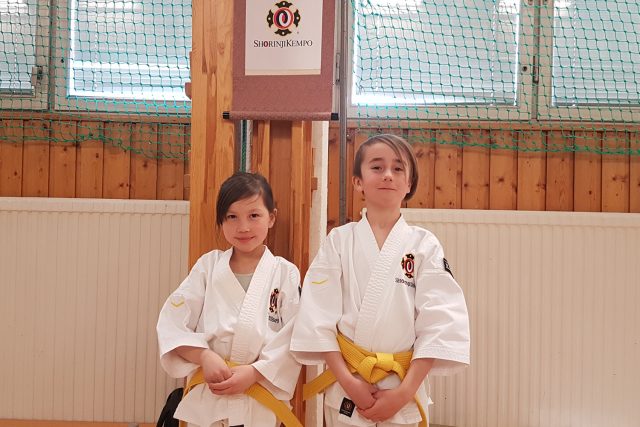 Emmie and Douglas after their successful grading to 7 kyū.

Last Saturday,  24th of March, we had a grading and Stefan and Hugo passed their test for 5th kyū.

Stefan & Hugo after their grading to 5 kyū.

A big congratulations to both of them!

Today we had the first of two free try out practice sessions that are held during the school’s “sports” holiday. We had about 25 new kids so it was pretty much a full house. On Thursday it is possible to try again, we hope that many liked the practice and will come back, and of course continue to practice. 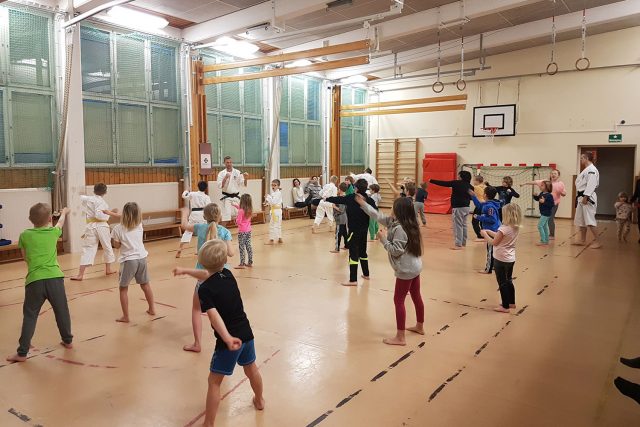 Perra sensei lead the kihon (basic practice) with many new kids that tried Shorinji Kempo for the first time.

It was also possible (and is possible again on Thursday) to try out for free for anyone over 13 as well, but we didn’t have the same success with the teenagers and adults. We hope for more interested on Thursday.

On Saturday we handed out the inkajō (允可状 certificate) to our new black belt kenshi. 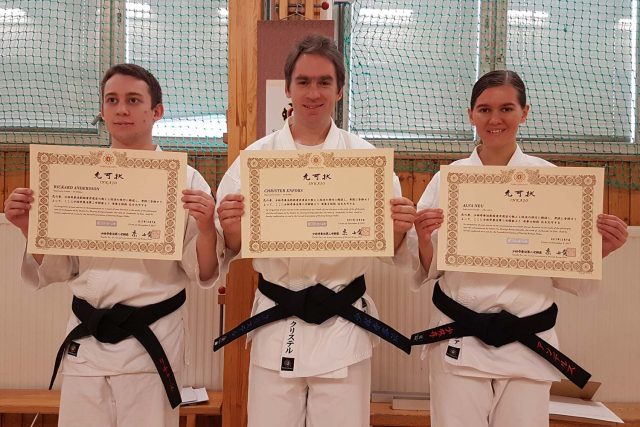 From the left; Rickard, Christer and Alva with their inkajō for Junkenshi Shodan (1 dan).

Once again congratulations to all of them. 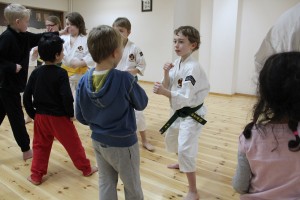 Bring a friend to the practice!

On Thursday 11th January, the spring term for the juniors’ group begins. It is the usual practice times. This is a good opportunity to come and try if you are curious about Shorinji Kempo and have not tried it before. Of course, existing members can also bring a friend or two who are curious to test Shorinji Kempo. END_OF_DOCUMENT_TOKEN_TO_BE_REPLACED

The branch has received some new years greeting, some with some nice cards, here are some of the ones we have received. 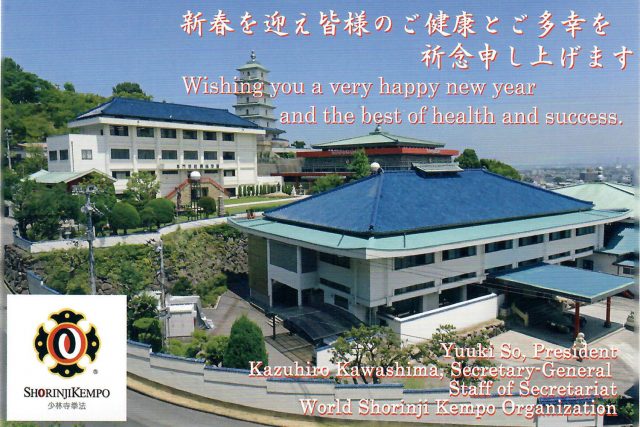 END_OF_DOCUMENT_TOKEN_TO_BE_REPLACED

Shorinji Kempo Karlstad Shibu want to wish everyone a happy 2018! 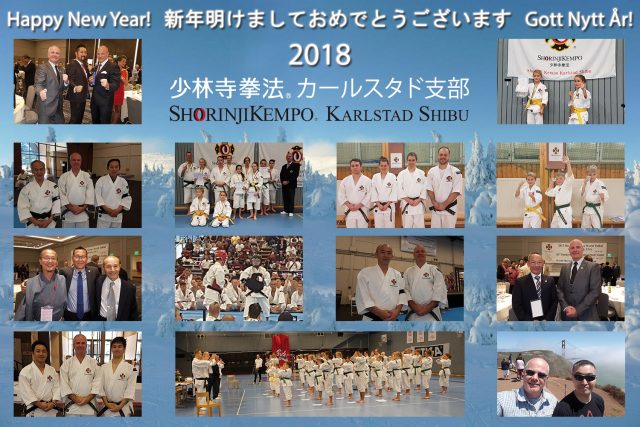 On Tuesday the 19th of December we had the last training session for this year for our juniors group, there was also a grading for some of the juniors. 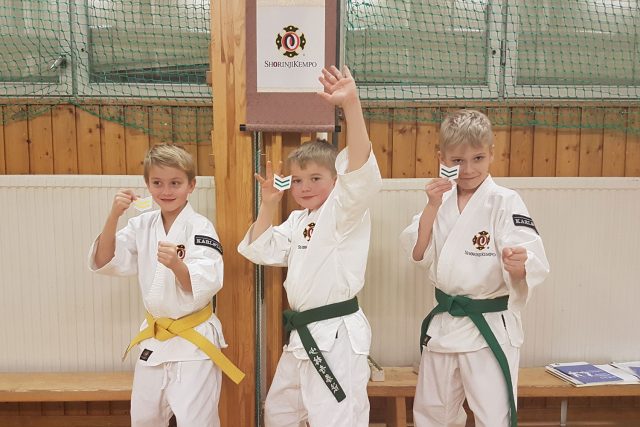 Arvid, Olle and Vincent after they passed their grading and received their new bukai sodesho (arm badges indicating rank).

Congratulations to Olle and Vincent that passed their grading for 5 kyū and to Arvid that graded to 7 kyū. 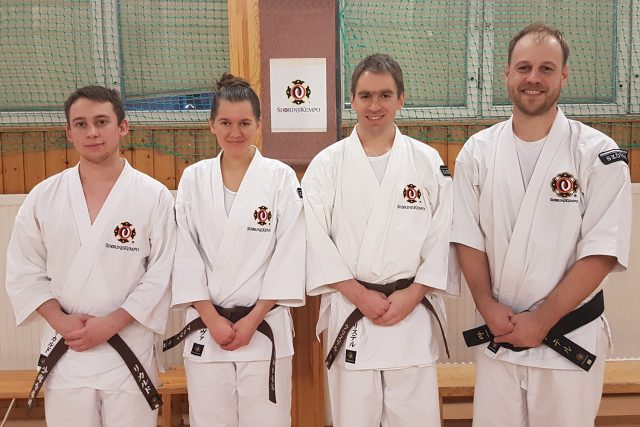