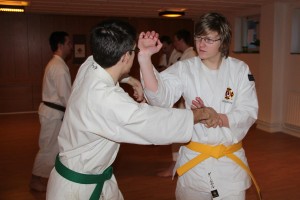 On Saturday the 3rd of December some of us drove to Skövde to train for a full day. It was Anders Pettersson, since he also is shibu-chō for Skövde shibu has to hold gradings and teach a bit, and two additional members from the branch, Daniel Wallberg and Simon Flodin, who went to Skövde this December Saturday.

We started from Karlstad at eight o’clock in the morning and arrived in Skövde at around ten o’clock. First there were the gradings for kenshi in Skövde shibu’s children’s group, there were seven children who graded to 8th kyū. Then it was a few gradings for the adult group, Rickard for 3rd kyū and Robert and Henrik to 2nd kyū. 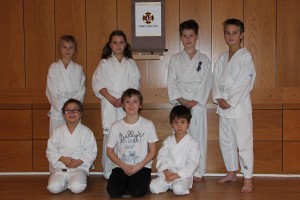 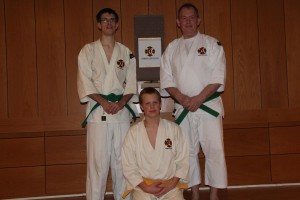 During the gradings the other members did practice their respective techniques. After lunch it was a general practice and Anders went through things that they in Skövde need to think about in the future of their training. 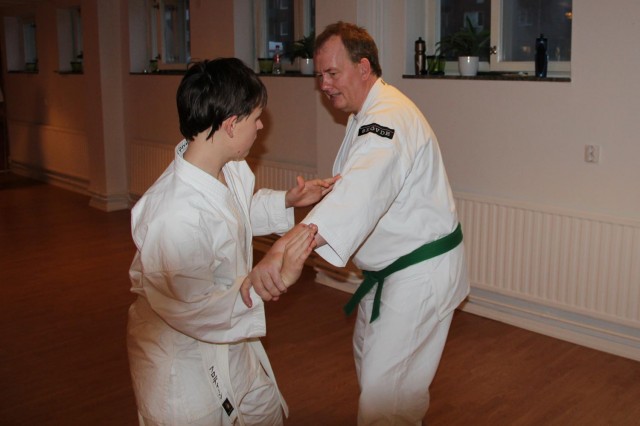 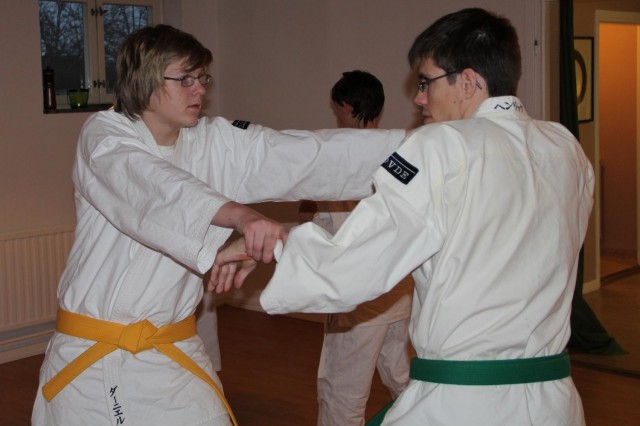 Daniel practice with Henrik from Skövde

Practice continued until four o’clock before it was time to leave for home. In summary, it was a fun and rewarding day, it’s always fun and interesting to work out with others than the ones one usually practice with and an exchange between branches are both good fun and a good experience.