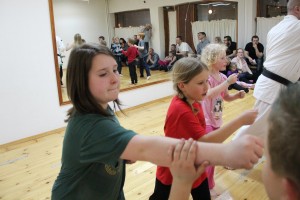 We had a total of a little over 20 children/teenagers that tried out Shorinji Kempo during the two sessions during the week, several of them attended both on Tuesday and Thursday’s classes. The vast majority were under 13, and joined in the class for our children’s group.

On Thursday, we were also visited by Värmlands Folkblad (local newspaper) who wrote an article which resulted in a full page (last page) in Friday’s issue. The article is also available on their website: www.vf.se/nyheter/karlstad/shorinji-kempo-smattingar

Here is a picture of the article (click on it for a larger version): 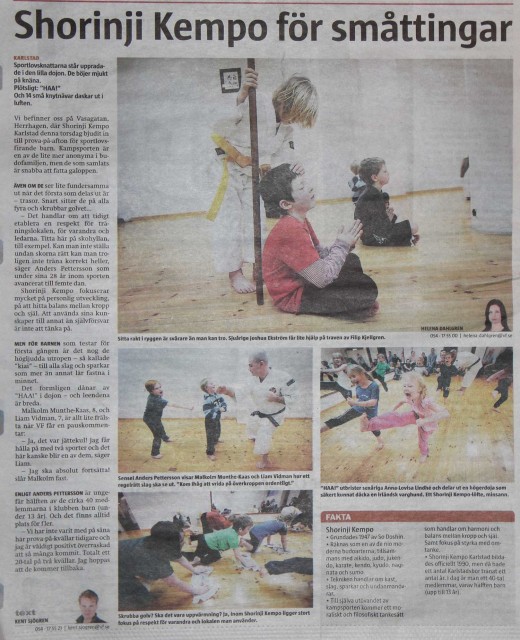