On the 18th of December Neo and Olof did their grading. Both of them did very well and passed their test for sankyū (3 kyū) and can now wear a brown belt. 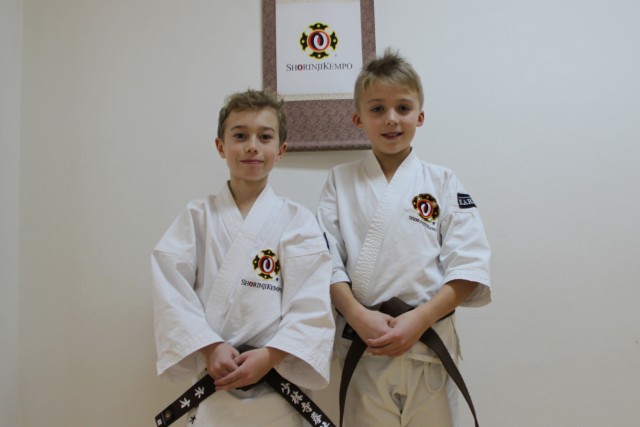 Neo and Olof after their successful grading to sankyū (3 kyū) in their new brown belts.

Congratulations to Neo and Olof!