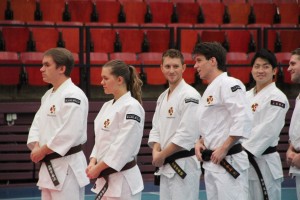 On Saturday the 15th of November the Swedish Federation National Embu Taikai was held in Gothenburg, and in connection to this there was also a gasshuku (training camp). There  weren’t quite as many participants as we had hoped for from Karlstad Shibu – Anders-sensei, who was one of the instructors at the training camp and chief judge at the competition, Alva, Christer, Filippa and Jay. Alva and Christer competed in kumi embu (pair embu) and in tandoku embu (single form) Alva, Christer and Filippa competed.

Because of the low number of participants there was no separate class for kyūkenshi, making it difficult for Alva and Christer to remain competitive against a number of black belts. However, they still put on a good performance with a strong embu. 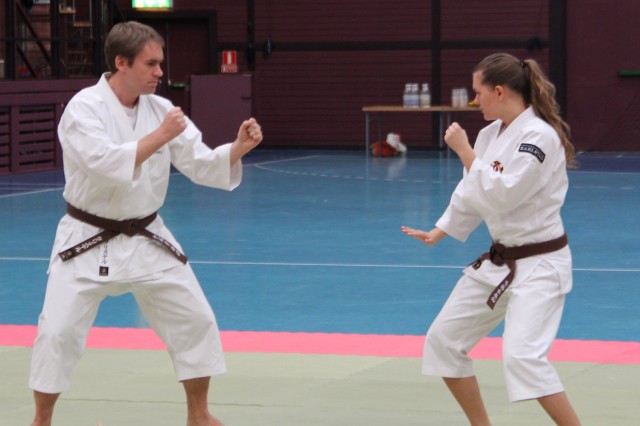 Christer and Alva with full focus during their embu. 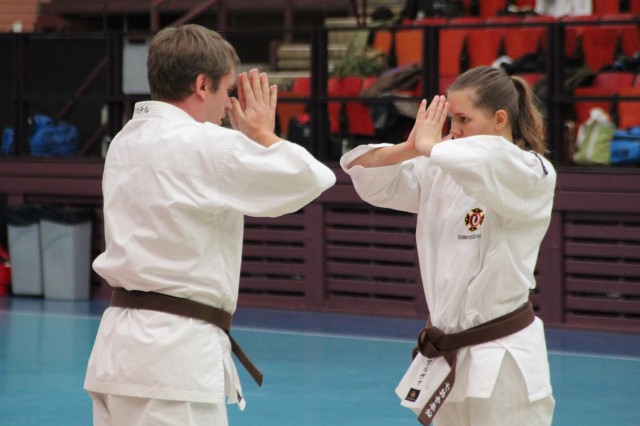 Christer and Alva doing gasshō rei after their kumi embu.

In the tandoku embu category we had three participants from Karlstad Shibu. First up was Filippa who made a very strong performance. 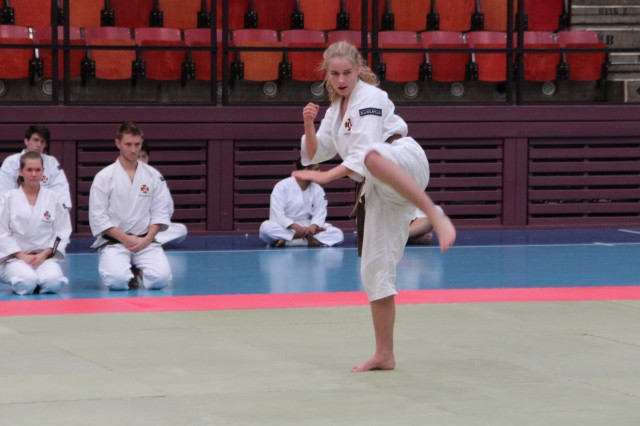 Filippa made a strong performance with her tandoku embu, and she was also the youngest participant. 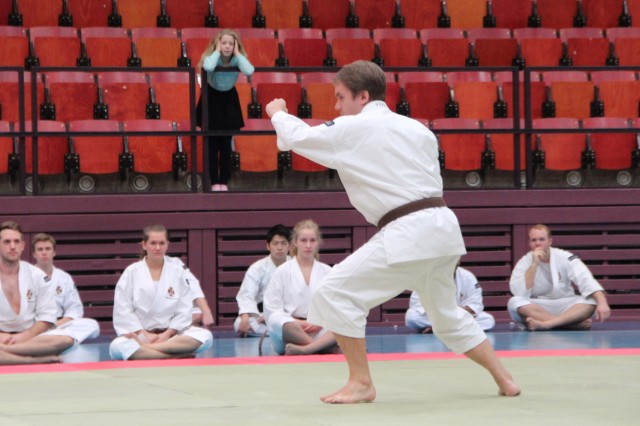 Christer performing his tandoku embu, with the other competition participants watching. 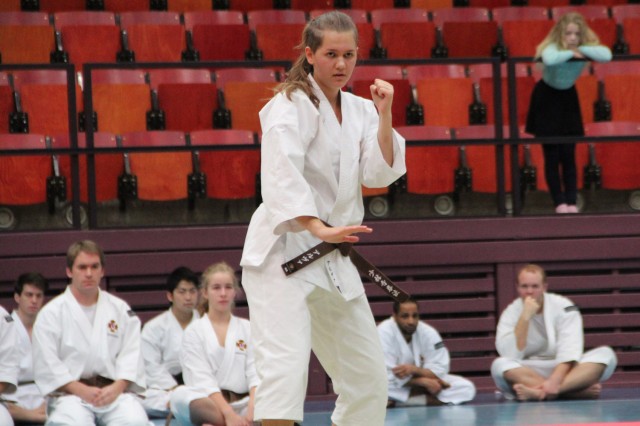 Alva, with good focus and energy in her tandoku embu. Alva placed 3rd in strong competition with black belts.

Alva had very good focus and energy which was enough to get her in the third place in the tandoku embu category. Congratulations to Alva! We hope that we can get more participants for the next year’s taikai.