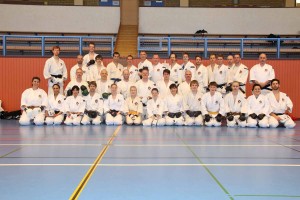 During the last weekend in April there was the Swedish National Embu Taikai as well as a gasshuku (training camp) in Skövde.

It were five from our branch that participated in the gasshuku, unfortunately no one from Karlstad took part in the competition this time.

Those who travelled to Skövde was Anders, Magnus, Daniel, Simon & Linda. We travelled by car on Saturday morning and arrived in Skövde well in time before the practice started.

On the Saturday it was both ordinary technical practice as well as embu competition, and on the Sunday it was just practice, below are some picture from the weekend (click on the pictures to see them in a bigger version). 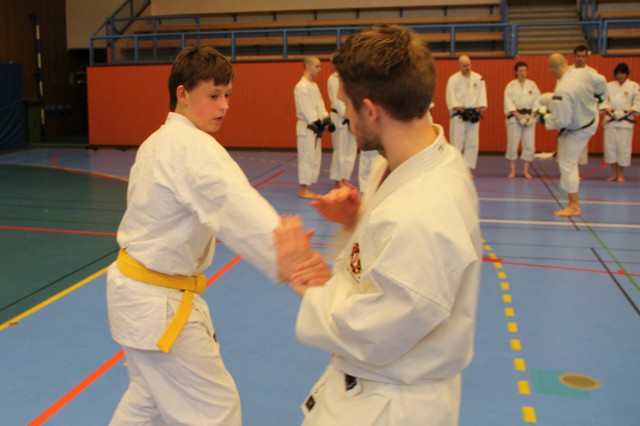 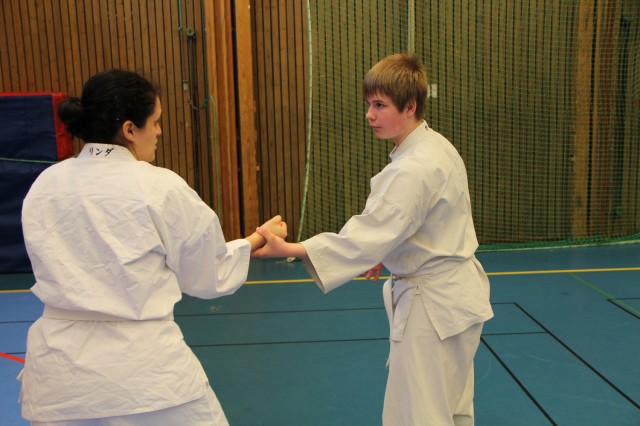 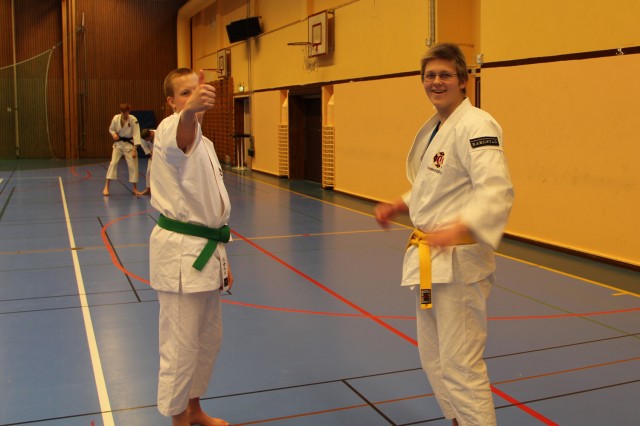 Daniel with Richard from Skövde 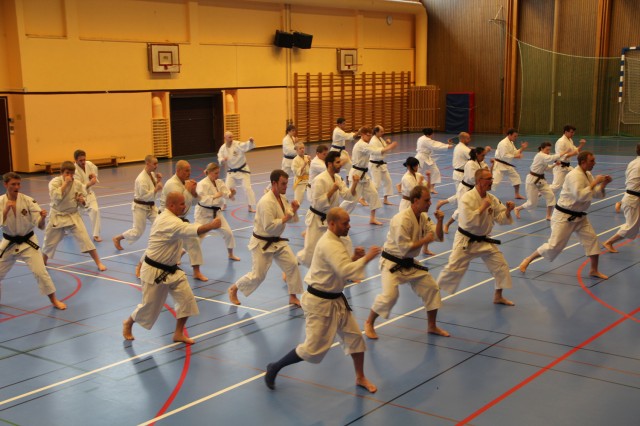 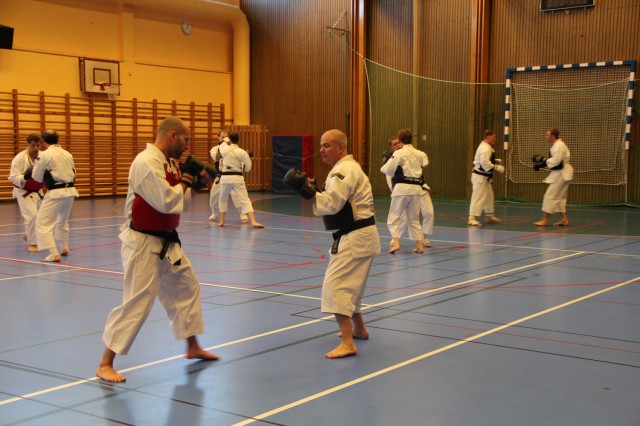 Anders practice together with Marcus from Skövde 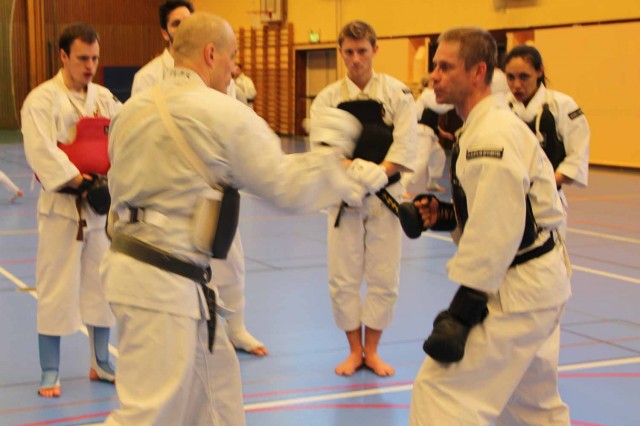